Music and boxing have always gone hand in... glove. Whether on stage or on screen, a strong tune has always been an essential part of the gladiatorial experience and over the years, boxers, promoters and film directors have taken great care in selecting songs to inspire and intimidate.

2CDs OF THE BIGGEST SONGS BY THE GREATEST BOXERS 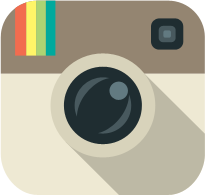 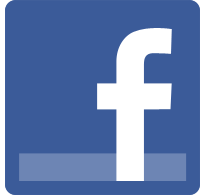 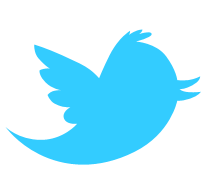 This 2CD set, the first of its kind, contains the most memorable songs - and one legendary poem - from the ring.

Both classic and contemporary fighters are celebrated: first up, The Greatest himself, Muhammad Ali, whose legendary poem, recited before Ali's rematch with Smokin' Joe Frazier, was first aired 45 years ago on the Michael Parkinson show (Oct 17th, 1971). Heavyweight hard man Mike Tyson used Cypress Hill's 'How I Could Just Kill a Man' as one of his ominous signatures; British superstar Lennox Lewis loved the music of James Brown and favoured classic slo-funk cuts such as 'The Payback' and 'The Boss'. '80s anthem 'Simply the Best' by Tina Turner is synonymous with Chris Eubank.

More recent stars are celebrated including British heavyweight hero Anthony Joshua MBE, who had his friend and leading grime star Stormzy perform a bespoke version of his song 'Shut Up' before AJ's clash with Dillian Whyte in 2015. The track, a b-side, entered the Top 10 the next week as a result of the fight's huge impact. We may see this repeated on 26th November...

Tyson Fury, the ex-WBA, WBO, IBO and Ring Magazine Heavyweight World Champion – who is set to star in the new series of 'I'm A Celebrity', walked on to the Randy Travis cut 'I'm Gonna Have a Little Talk (with Jesus)'. Johnny Keating's 'Theme From Z Cars' is Tony Bellew's go-to song (also popular with his home team Everton FC). The classic 'Rock and Roll Star' by Oasis was used by fellow Manc and ex WBA Super Bantamweight Champion Scott Quigg. Ricky Hatton and David Haye, perhaps the two most famous British boxers of the last decade, are also checked, with Supra's 'Blue Moon' (Hatton) and McFadden & Whitehead's pop-soul smash 'Ain't No Stoppin' Us Now' (Haye).

2016 marks the 40th anniversary of the first Rocky movie, a film that contains possibly the most famous theme tune of them all, 'Gonna Fly Now' by Bill Conti. That song, with its triumphant horns and strangely soulful melody is etched into the memory of a generation. For some, it proved an inspiration. World middleweight champion Tony Bellew joined the dots between real life and Hollywood when he starred in the latest Rocky film, 'Creed' in 2015. "I grew up on the Rocky soundtrack," says Bellew, who played baddy 'Pretty' Ricky Conlan, "I loved it. I didn't know anyone who didn't love it. Whenever I watch any of the films, I think to myself, I'm a Rocky bad guy now. I'm one of them. So, really, the Rocky music has defined my life; my life as a boy, and my life as a man." (quotes from the album sleeve notes, written by Elliott Worsell).

When Carl 'The Cobra' Froch was asked to pick not one but two ring entrance songs to be played ahead of his 2014 rematch with 'Saint' George Groves at Wembley Stadium, he experienced a momentary block. There was, in his mind, no obvious answer. Perhaps it wasn't deemed significant at that point in time, not with a bitter grudge match, set to take place before a sold-out crowd of 80,000 people, fast approaching. Perhaps he just didn't care.

Groves, his fierce rival, had already settled on his; Kasabian's 'Underdog' followed by Prodigy's 'Spitfire'. The latter had become something of a personal anthem, while the former was picked solely for story-telling purposes. It summarised his driven, determined mentality. "There's a part in 'Spitfire' where it kind of trickles in and then drops and the drop is really nice," says Groves. "It gets everyone lively and up for it, whether they like me or not. But, in the first fight with Froch, they started the song straight from the drop, so you didn't even notice it had happened. That annoyed me. It made me even more determined to go out there and do a job on him."

Froch, the WBA and IBF world super-middleweight champion, was far more indecisive. Suggestions had to be thrown his way. Rock songs, dance tracks and everything in between. But it wasn't until one option plucked from the eighties referenced a highway to hell that he suddenly seemed to care. "No, that gives the wrong message," Froch told his promotional team. "It sounds like I'm on my way to hell."

Admittedly, much can be gleaned from the selection process. Some boxers choose a certain track because it has personal resonance and triggers an emotional response. Some have the crowd in mind. They want something uptempo, catchy, a song that intensifies the atmosphere and, in turn, energises them. Some boxers, however, when selecting their song, think only of intimidation. They want something hard and heavy. It needs to be menacing. Its impact should linger in the mind of the man in the opposite corner.

One thing's for sure, ring entrance music is now as much a part of boxing's fabric as ten counts and title belts and can go some way to defining a fighter and their legacy. Many become synonymous with their signature song. Chris Eubank will always be [Simply] 'The Best', 'Blue Moon' recalls Ricky Hatton thrillers in Manchester, 'A Warrior's Call' was actually dedicated to Mikkel Kessler, and an ad-libbed version of Stormzy's 'Shut Up' soundtracked the 2015 heavyweight grudge match between Anthony Joshua and Dillian Whyte (and subsequently rose to number eight in the UK singles chart).

Certain songs even have their own lineage. McFadden and Whitehead's 'Ain't No Stoppin Us Now', for instance, was a tune David Haye had liked since hearing it at family parties as a child. But only when he saw video footage of WBC world heavyweight champion Larry Holmes enter the ring against Gerry Cooney in 1982 did he ever contemplate using it for his own ring entrance. Haye was WBC and WBA world cruiserweight champion at the time, preparing to face WBO titleholder Enzo Maccarinelli in a 2008 unification bout, and frequently watched Holmes' destruction of Cooney for inspiration, believing he was to Maccarinelli what Homes was to Cooney. In the process, he couldn't help but tap his foot to the eighties disco music which accompanied Holmes' ring entrance. "It's celebratory and uplifting and it gets the whole crowd on their feet," Haye says. "I'm a big believer in being relaxed and calm on the way to the ring and that song puts me in that kind of mood. I don't want to be pumped up and angry until I'm in that ring. Before that, it's a celebration. I want to enjoy it."

If Haye caters for the crowd, so too does Tony 'The Bomber' Bellew. He enters the ring to the strains of 'Theme from Z Cars', which also happens to be the walk-out music of his beloved Everton Football Club, and often, in doing so, unites a city split by football allegiances. "It's the only song in the world that makes the hairs on the back of my neck stand up," says Bellew. "When I hear that song, I know it's time to work. Even when I watch Everton games, it has the same impact. There's something magical about it. It means no more messing, no more talking. It's time to get down to business. It's time to fight.

"The Everton fans obviously love it, but Liverpool fans enjoy it as well. There's something between Scousers. Although we have this big football rivalry, when I hear David Price coming to the ring to [Liverpool Football Club anthem] 'You'll Never Walk Alone', I think of Scousers never walking alone. We stand together regardless of what football team we support. I wouldn't say Liverpool fans love or hate 'Z-Cars', but I know hearing it gives them a buzz when I'm coming to the ring. It's iconic. It's emotive.'

Music and film have always had a close association with the fight game. In 1977, following the release of Star Wars, Muhammad Ali, the WBC and WBA world heavyweight champion, used the film's theme tune to elevate his walk to the ring against Ernie Shavers. Then, once the Rocky franchise threatened to take over the world, the bond between music, film and fighting grew tighter still; soon it was almost impossible to think of boxing without hearing Bill Conti's 'Gonna Fly Now' or Survivor's 'Eye of the Tiger'.

"I grew up on the Rocky soundtrack," says Bellew, who played 'Pretty' Ricky Conlan in Creed, the latest addition to the Rocky franchise. "I loved it. I didn't know anyone who didn't love it. I was a huge fan of the songs.

"Whenever I watch any of the Rocky films, I think to myself, I'm a Rocky bad guy now. I'm one of them. So, really, the Rocky music has defined my life; my life as a boy, and my life as a man."

Boxing has always had a rhythmical, lyrical quality. Ali recited poetry. He floated like a butterfly and stung like a bee. Joe Calzaghe, according to his father, Enzo, played a form of improvised jazz with his fists. Then there are the defining sounds. The toll of the first bell. The thwack of leather on flesh. The roar of the crowd. But, in the end, nothing inspires, intrigues, enlightens and sometimes terrifies quite like the sounds that accompany a fighter into battle.